The use of Agent Orange and similar herbicides in Vietnam exposed many veterans to toxic chemicals.  VA has acknowledged that this exposure can cause a number of different diseases.  Parkinson’s disease is one of the diseases that Agent Orange exposure causes.

Presumption that Parkinson’s disease was caused by Agent Orange exposure Parkinson’s disease is on the list of conditions that VA presumes are caused by Agent Orange exposure.  When you file a claim, VA should determine that your Parkinson’s disease is a service-connected disability.  If they do not, then you are probably going to need to file a notice of disagreement to appeal your denial of service connection.  If VA grants service connection, they should issue a rating decision giving VA’s opinion on the amount of your disability.

How is the disability rating for Parkinson’s disease calculated?

VA’s rating decision will contain a disability rating.  Generally, each condition has a separate diagnostic code, which is a four-digit number and name.

What if the rating decision is incorrect?

Your rating decision from VA may be wrong.  VA might determine that your Parkinson’s disease is not service-connected because there was no event or diagnosis during your time of service.  But, direct service-connection (often through an Agent Orange presumption) is only one way to achieve your goal.

There are other means to service-connection that we will talk about in future blogs.  If VA has granted service-connection and rated you for Parkinson’s disease, there is a very good chance your rating is too low since there are so many separate sets of symptoms that VA must evaluate as part of this multi-faceted disease.

If you think your rating decision is wrong, you can appeal the decision by filing a notice of disagreement.  Also, you can file for an increased rating if your Parkinson’s disease gets worse.

Parkinson’s disease is just one of the many diseases that VA presumes was caused by exposure to Agent Orange in Vietnam.  Make sure VA applies these presumptions correctly to your claim.  If you have any questions about your claim, you can set up a free consultation with us.

To find out more about how that process works and what you will learn in a free consultation, just take a look at this article.  When you are ready to set one up, just call us at (770) 214-8885 or complete and submit this short consultation request form.

Do I Need a BVA Hearing in My VA Appeal? 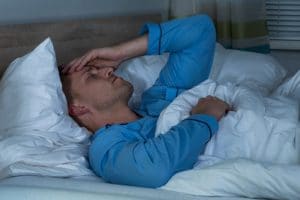 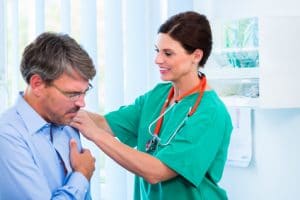