Severe PTSD can cause significant difficulty in your work and personal life.  Many veterans feel that they are totally disabled by it.  But, VA only grants them a 50 or 70 percent rating for thier PTSD.

In this article, I will discuss whether it is possible to get a 100 percent rating for PTSD and whether there is more than one way to get that rating. 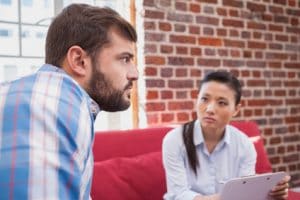 Can PTSD on its own receive a 100 percent rating from VA?

Each one of these levels has a different definition.  At the 100% level, this is the definition given by VA:

“Total occupational and social impairment, due to such symptoms as: gross impairment in thought processes or communication; persistent delusions or hallucinations; grossly inappropriate behavior; persistent danger of hurting self or others; intermittent inability to perform activities of daily living (including maintenance of minimal personal hygiene); disorientation to time or place; memory loss for names of close relatives, own occupation, or own name.”

The primary part of the definition is “total occupational and social impairment”.  So, you are dealing with PTSD at the 100% level which makes it very difficult to function.

This is a difficult standard to prove.  While you do not have to demonstrate all of the symptoms listed, the examples of symptoms include being a persistent danger to yourself or others and forgetting your own name or your job.  Despite the difficulty with getting to the 100% PTSD rating, I see many veterans who try.

How does that compare to a 50 or 70 percent rating for PTSD?

Both the 50 and 70 percent level go on to list examples of symptoms that might qualify you for these ratings.  But, the big difference is that we go from “total occupational and social impairment” to essentially partial impairment.

Yes.  There are a couple of different ways that a 50 or 70 percent PTSD rating might help you get to a 100 percent overall rating.

The first way is by combining your PTSD rating with ratings for other service-connected disabilities.  So, you might consider filing for secondary service connection or for an increased ratingUnfortunately, VA math can make this a pretty difficult way to get to a 100 percent rating.  But, if you have multiple high ratings you may be able to do it. 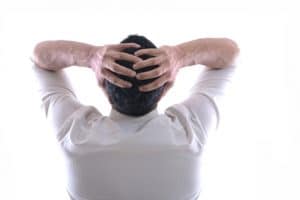 As you can see, that method is pretty difficult since it takes three or more pretty high rated disabilities to get to the 100 percent overall level.  Fortunately, you may be able to file for a 100 percent rating using another method which may be slightly easier.

TDIU may often be an easier way to prove to VA that you are totally disabled.  If your PTSD makes you unemployable but you do not have symptoms that meet VA’s requirements for a 100 percent PTSD rating, then applying for TDIU may be a good option for you.  If you qualify for TDIU, you should receive VA benefits at the 100 percent rating level.

TDIU is known as an extra schedular rating.  In other words, VA has the schedule in the Code of Federal Regulations which defines particular ratings for particular conditions.  But, TDIU allows VA to grant a rating above the schedule when the service-connected condition or conditions make you unemployable. 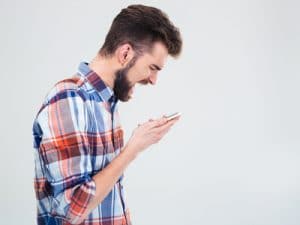 Do I Get a Sleep Apnea Rating When VA Gives Me a CPAP?