Many veterans develop migraine headaches as a result of their service.  Traumatic brain injuries (TBIs) often result in migraine headaches.  TBIs also result in other medical conditions as well, some of which VA presumes to arise secondary to the TBI.

In order to qualify for VA disability benefits, a veteran must show that their particular disability is the result of their military service.  But, even after receiving service connection for a disability, the veteran needs to make sure VA rates the condition properly.

How are migraine headaches rated?

VA rates migraine headaches using a couple of different factors.  These factors are:

What must you show to qualify for a 30 percent rating for migraine headaches?

In order to qualify for a 30 percent rating, VA says that you must have, “characteristic prostrating attacks occurring on an average once a month over the last several months.”  To understand what this means, we need to break down several different terms:

When I think of migraine headaches, I think of someone’s head hurting and needing to lie down.  Often, they need to do so in a dark room.  So, a characteristic prostrating attack would be a typical migraine that causes you to need to lie down.

In my mind, deleting the word completely from the 30 percent rating means that your attacks are still prostrating but not completely so.  Maybe the migraine requires you to lie down in bed or on the couch, but you can get up some and then lie down again when it becomes more severe.

How frequent do the migraines have to be for a 30 percent rating?

VA’s migraine regulation says that the “characteristic prostrating attack” must occur “an average of once a month over the last several months.  The averaging part of the regulation is pretty easy.  However, what period of time VA uses can matter in whether you qualify for a 10 percent or a 30 percent rating.

Suppose you had the following “characteristic prostrating attacks”:

You have averaged one “characteristic prostrating attach” per month for the last four month.  That looks like a 30 percent rating.

But, if VA only looked at the last 3 months then you would have average 0.67 “characteristic prostrating attacks) per month over the last three months.  That meets the 10 percent standard but not the 30 percent standard.

How long do the migraines have to last?

At the 10 and 30 percent levels, the VA regulation only talks about the migraines being “characteristic”.  That could potentially refer to the length of the migraine, but it could also refer to what you feel while having the migraine.

Going through these rating decisions piece by piece will help you see which part you may or may not have met.  Understanding the different parts of VA’s migraine rating diagnostic code can help you know what evidence you need to develop to prove the appropriate rating level.  This way you can make sure you receive the proper rating from VA.

Qualifying for TDIU in a Protected Work Environment 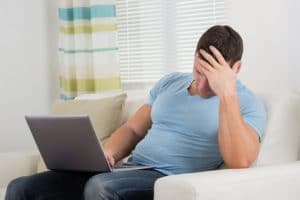 Why Getting a 10% Migraine VA Rating Matters 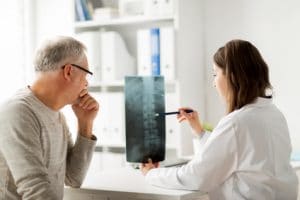 Can I Get a Higher VA Rating for a Back Disability?