Why I Am a Veterans Disability Attorney

I am proud to be a veterans disability attorney.  I truly enjoy representing disabled veterans, their spouses, and children as they seek the benefits they deserve from the Department of Veterans Affairs.

But, like anybody else in any given profession, sometimes I too need a reminder why I have chosen my particular career path.  After seeing firsthand how many of our veterans have been treated, I sometimes wonder why I decided to go head to head on a daily basis with VA, the second largest bureaucracy in our federal government.  It is hard on veterans to wait for their claims to be decided on VA’s slow timeline.  Although we try to move claims along as fast as possible, it can be frustrating for me at times that we cannot make the process go faster.

Thankfully, an event I attended turned into one of those days that reminded me why I chose to be a veterans disability attorney.  I attended an event with a roomful of veterans who had honorably served our country in its conflicts for the past 70 years or so.  I had a chance to get to talk with veterans of WWII, Korea, Vietnam, Desert Storm, Iraq, and Afghanistan.

While this was all great, the real reminder came from a ceremony at the beginning of the meeting; I had the privilege of seeing the wife of a Vietnam veteran receive a Purple Heart Medal on behalf of her husband.  Her husband was unable to attend the ceremony because of health reasons.  This veteran was an Army Specialist in the Vietnam War.  He suffered injuries during combat but was captured by enemy forces shortly thereafter.

As a result of those events and the ensuing confusion, his superiors did not complete the necessary paperwork for him to be awarded the Purple Heart for recognition of his injuries sustained in combat.  Now, almost fifty years later, that has been done and he finally received the recognition and “thank you” from his country that he deserved so long ago.  His wife was there, standing in front of a roomful of veterans, where Congressman Lynn Westmoreland presented her with the Purple Heart medal.

As the veterans and other attendees in the room applauded this woman and her husband, her smile and tears expressed the gratitude she felt for this belated recognition.  The sacrifice her husband had made in defense of our country had not gone unnoticed forever. While the sacrifice of that family had fallen through the government cracks for decades, a wrong had finally been righted.

Our Veterans Need Help With Denials and Delays by Veterans Affairs

I could not help but think the 50-year Purple Heart saga of this veteran and his wife is like that of many other veterans who are caught in the “VA maze.”  These disabled veterans just want the government to act in a fair and efficient manner in deciding their VA claims.  They have made huge sacrifices that often endure for a lifetime.  We as a nation have failed many of them once they returned to our shores.

Failing to provide for their needs is inexcusable.  Just as this veteran and his wife thought no one cared or noticed his injuries from long ago in the jungles of Vietnam, many of our veterans think we as a nation don’t care about their struggles against the government they served and sacrificed for. 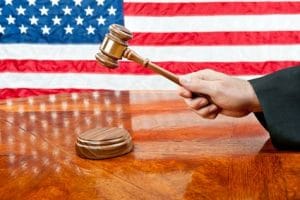 Can an Attorney Speed Up My VA Disability Claim? 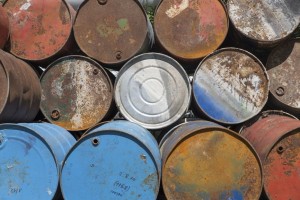