The good news is that these denials can often be appealed and won by forcing VA to apply what is known as the combat presumption.  This presumption can be key to proving the second element for service connection of a disability: an in service occurrence or aggravation of a disease or injury.  If the other elements of the claim are present, this presumption may be the difference between winning and losing your claim for service connection. Why have a combat presumption?

The purpose of the presumption is not to give a special preference to those who fought over those who did not.  Instead, it is really intended to level the playing field.

To understand what the combat presumption is, it is important to understand why it exists.  Any veteran who was engaged in combat knows that military record keeping during combat periods is usually deficient compared to non-combat periods.

Combat records often do not get created in the first place.  Other times, the records are incomplete, lost, or destroyed.  If an entire brigade’s records can go missing, then it goes without saying that yours can too.

When it comes to establishing that a particular event or injury occurred in combat, that can be especially problematic since only the more serious or noteworthy events are put in writing.  What may have seemed not that important at the time may be extremely important in your claim later on.

This makes it difficult for you, the combat veteran, to provide any military records to support your version of what happened that led to your injury or disease.  Fortunately, the law recognizes this difficulty and intends to give special treatment under VA law if you are claiming service connection for a combat related condition.

How does the combat presumption work?

The combat presumption lowers the burden on the veteran to show that what he says happened in service actually happened in service.  In deciding this particular element of the claim, the VA “shall accept as sufficient proof…satisfactory lay or other evidence of service incurrence or aggravation of such injury or disease, if consistent with the circumstances, condition, or hardship of such service, notwithstanding the fact that there is no official record of such incurrence or aggravation in service, and, to that end, shall resolve every reasonable doubt in favor of the veteran.”  38 U.S.C. § 1154(b).

Furthermore, even if the medical records that may exist do not document the alleged disease or injury, the absence of a specific mention of the alleged incident cannot be used against the veteran to conclude the in service event did not occur.

No.  The combat presumption only addresses one element of your VA claim for service connection of a particular disability: the in service occurrence or aggravation of a disease of injury.  To win your claim, you must still prove a current disability and a nexus between the combat-related event and that disability.

After all, the lack of combat medical records has no bearing on proving your current condition or a medical nexus between the event and disability.  The combat presumption is only in place to level the playing field for combat veterans lacking the usual service treatment records of their injuries.

While the combat presumption does not automatically win your VA disability claim for you, it pushes you much closer to that goal line.  If you are a combat veteran who has been denied service connection for combat-related injuries, you may want to talk to one of our VA-accredited attorneys to see if the VA applied this presumption.    If not, we can help appeal to make VA apply this presumption and get you the VA benefits you deserve.

We would be happy to schedule a free consultation with you to answer questions that you might have.  To set one up, just complete and submit the form on this page or call us at (770) 214-8885. 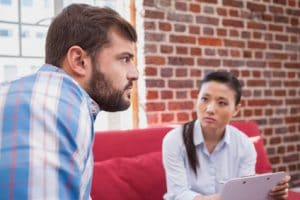 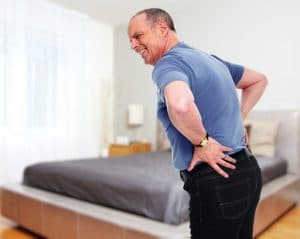