Substitution in a VA Claim

VA recently changed its substitution rules that apply to cases where a veteran dies while pursuing a VA disability claim. The death of a loved one is always very difficult.  Substitution in a VA claim allows the spouse, children, or dependent parents of a veteran to continue to pursue the veterans disability claim when the veteran passes away.

Substitution in VA claim versus Dependency and Indemnity Compensation (DIC)

Substitution is different that a Dependency and Indemnity Compensation (DIC) claim which can be brought by eligible survivors.  A DIC Claim only addresses benefits that are due to survivors after the veterans death.

Substitution addresses benefits that were or are potentially due to the veteran prior to death but have not been paid yet.

The new substitution rule became effective in October 2014.  Rule 3.1010 provides that certain survivors can elect to substitute for the veteran.  The following list indicates the top three people who have the right to substitute in the order of priority.

Although we have not stated them here, there are additional survivors who can be eligible under Rule 3.1010 if the first three indicated above are not eligible.

When does a request for substitution need to be made?

Should I apply for substitution if I am eligible?

Substitution provides a greater ability to prove entitlement to benefits before the veteran’s death.  Because of that, it is almost always a good idea to file for substitution.

With VA’s new rules that treat claims for DIC, accrued benefits, and survivor’s pension as a request for substitution, it is really difficult not to elect substitution if you are a spouse or child of the veteran and are going to pursue any sort of claim.

Why Getting A 30% VA Rating Matters 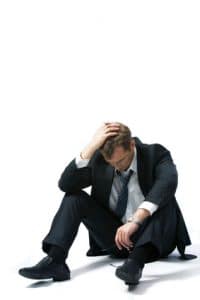