In my last article, I talked about how to prove that your sleep apnea should be service connected on a direct basis.  The basic idea is to show that your disability was incurred or aggravated during service.

Sometimes, veterans cannot show that they had sleep apnea in service.  They may not have evidence of an in-service diagnosis or in-service symptoms that a doctor says were probably sleep apnea.

That may be your situation.  You may know that you really did not have symptoms attributable to sleep apnea until after your discharge from service.

Here’s an example to illustrate how this works.  Recently, we helped a veteran who had a broken nose during service.  The break was bad enough to cause a deviated septum, which means that the bone and cartilage dividing the nasal cavity was off center.

A deviated septum condition can obstruct the nasal airway.  That obstruction can cause changes within the body that result in obstructive sleep apnea.

You would first need to make sure the deviated septum was service connected.  This should be fairly straightforward if it was the result of an in service injury.  Next, you would need a current diagnosis of obstructive sleep apnea from a qualified doctor.

The veteran we helped had both of those.  But, he was missing the nexus, or link, between the service connected disability and his obstructive sleep apnea.  Through a written report from a qualified doctor (usually an ENT or neurologist in this type of case), he could prove nexus with a detailed explanation of how the deviated septum causes physiological changes in the body that causes apneas during sleep.

Remember, this is just one example.  There are many different types of injuries and disabilities that can lead to obstructive sleep apnea.  If you have a service-connected injury or disability that ultimately caused sleep apnea, your sleep apnea could potentially qualify for secondary service connection.

While a veteran or other non-medical witnesses can say what seems obvious (i.e., there were no breathing problems during sleep before the broken nose, so it is obviously related), that is not sufficient to prove nexus to VA.  You, as the veteran, can only report your symptoms as you know them.  You don’t have the medical qualifications to say what caused those symptoms.

That explanation must be in the form of competent medical evidence if you want to have a successful claim for VA disability for sleep apnea.  The doctor will need to explain in writing how your underlying service connected disability (the deviated septum in our example here) obstructed the nasal passages, which decreased oxygen intake and triggered the body to reflexively open the mouth to improve airflow.

The doctors also needs to explain what that does to the airway, increased resistance of airflow, and pressure changes within the body, all leading up to the cessation of breathing for brief periods.  All this is highly technical, so VA requires a medical expert’s opinion.

The important thing for you to know is how to recognize when you may have a claim for sleep apnea VA disability and which way you need to try to prove it.  You should not try to win your claim without a medical opinion.

Likewise, it may be a good idea to at least consult with an attorney about sleep apnea VA disability.  A VA-accredited attorney can help you determine which path is your best option or whether you should pursue multiple paths to service connection.  We will talk with you about your VA claim for free.

Board of Veterans’ Appeals and New Evidence Deadlines 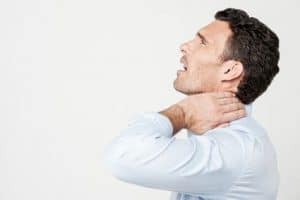 Board of Veterans’ Appeals Hearing Options